Since 2009 Miguel Rodríguez Ceballos has been defending timeshare matters, requesting the declaration of nullity of the contracts and the return to his clients of the amounts paid by his firm.
Our experience in this matter is the widest that can be given in Spain, and against the largest and most varied number of large companies, having obtained the most satisfactory results in defense of our clients, having also created pioneering precedents in this type of matter.
Today we continue as a pioneering firm in this type of claims, and we are the only ones that have had and continue to achieve favorable resolutions against all companies in the sector, and also in claiming all types of contracts used by companies.
Throughout these more than 10 years of Timeshare experience, we have championed the interests of clients across Europe, with a high number of Norwegian, Swedish, British and German clients.
Since January 2015, we have accumulated around 100 favorable judgments only before the Supreme Court of Spain, which marks the jurisprudential line of the rest of the Courts and Courts in Spain.
We are the professional office with the most experience in Timeshare in Spain and the first to obtain a favorable ruling from the Supreme Court in this matter, and litigating against companies in the sector since the early 2000s, accumulating hundreds of clients since 2009.
Great knowledge of the contractual practice of the largest companies in the sector, such as the Anfi Group, Puerto Calma (Holiday Club), Palm Oasis, Club La Costa, Resort Properties – Silverpoint Group, etc. Against most of these companies we have won litigation before the Supreme Court in Spain, in which our satisfactory cases are close to 100.
In relation to the Anfi group, we have obtained the declaration of nullity of contracts for all its clubs: Anfi Beach Club, Club Monte Anfi, Club Puerto Anfi, Club Gran Anfi and Anfi Emerald (Tauro).
Regarding the Silverpoint group, our satisfactory matters have been in all its systems, which include Club Paradiso, Hollywood Mirage, Beverly Hills Heights, The Paramount and Palm Beach Tenerife.
We have the greatest experience and quality in our service, acquired over the years in all types of contracts, such as floating systems, points or specific weeks. We also have extensive experience in vacation clubs and resales. 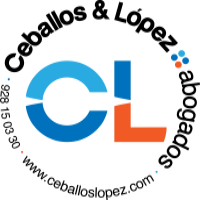